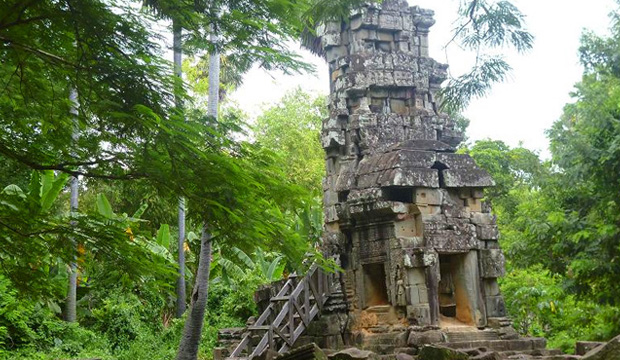 Ta prohm Kel is located on the way from Angkor Wat to Angkor Thom, about 200 meters from the west entry gate of Angkor Wat. It is a single small sandstone tower which sits on a low base opening to the east. This temple was built in the late 12th century, during the reign of king JayavarmanVII.

According to an inscription found in 1928, one of the 102 hospitals built by king Jayavarman VII throughout the Kingdom.  It has similar design and state of ruin to the chapel of the hospital near Takeo Temple. The Buddhist themed carving on the northern pediment is in fair condition and displays marks of vandalism characteristic of the 13thcentury Hinduism resurgence.