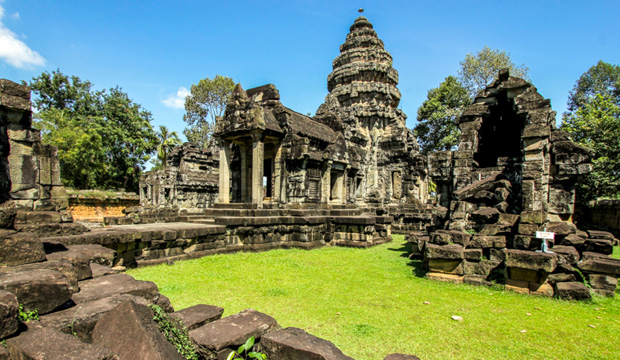 Wat Althea, also called Prasat Vat Althea, is a 12th-century Hindu temple at Angkor, Cambodia with an active Buddhist temple and cemetery located adjacent to the walled ancient structure. It is located 6 km. south of Siem Reap just west of the road leading to the Tonle Sap.

The temple's design and the distinctive style of its devata (sacred female images) indicate that it was built during the reign of King Suryavarman II (circa 1115-1150 AD), who also built Angkor Wat.